From idea to product

Take your Fab Academy, Bio Academy or Textile Academy (almost) working prototype to the next level. We expect projects to have multiple exits: research, business or impact.

Work with the global Fab Lab Network and associated experts in the world of design, business development, technology and communication.

Reach potential partners, investors and supporters for your great idea. We believe in the power of great ideas to change the world, and make a living while doing it.

Wide range of projects being developed by students around the world. More than 1200 Fab Labs have the potential to generate the next big idea. 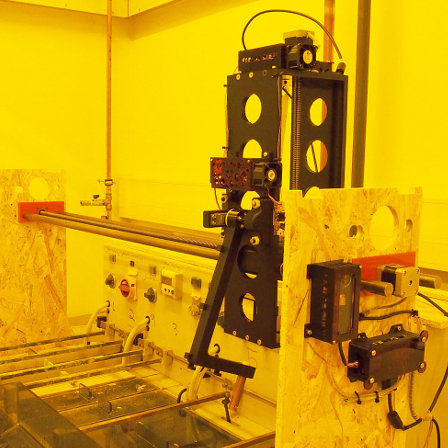 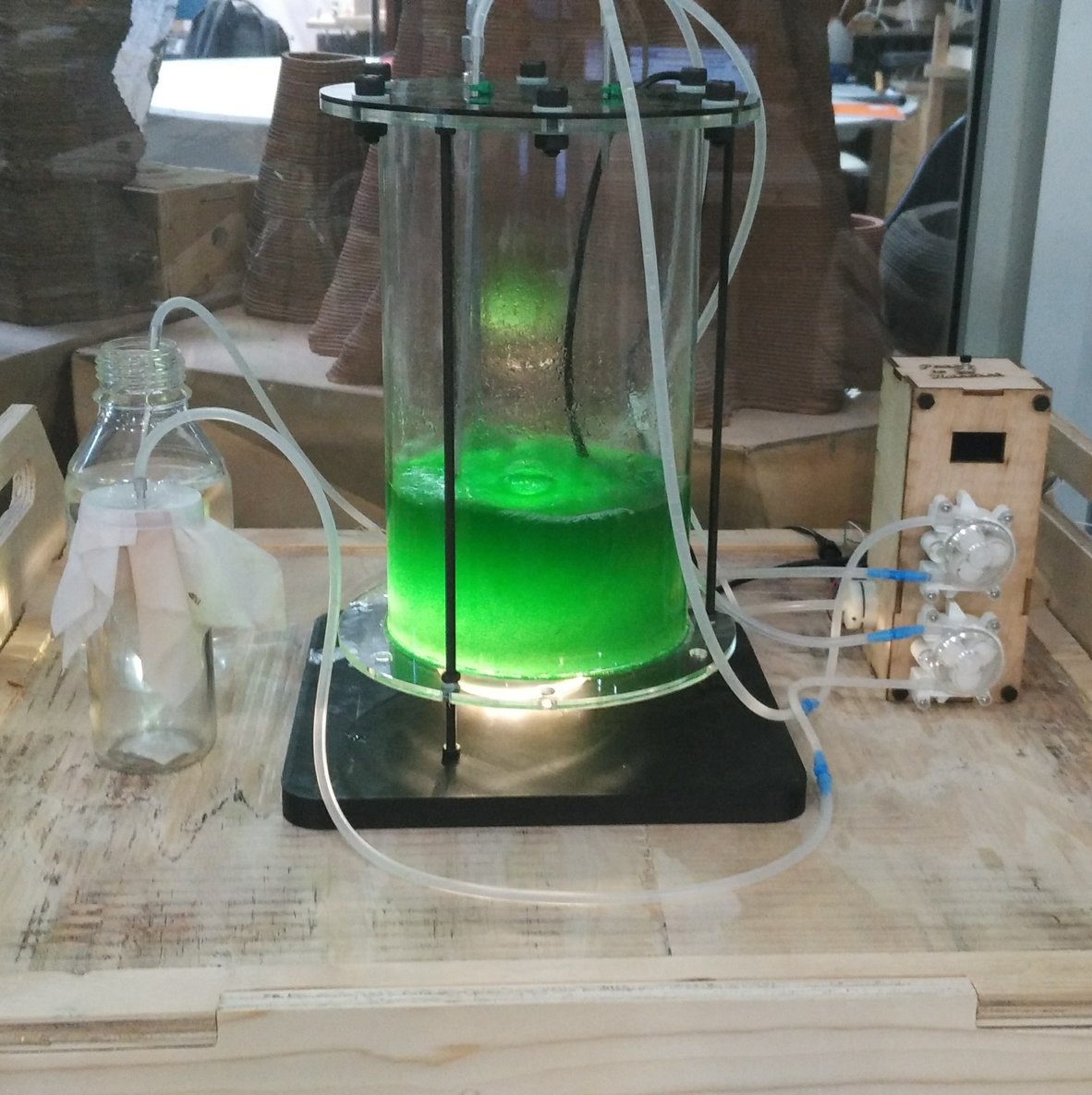 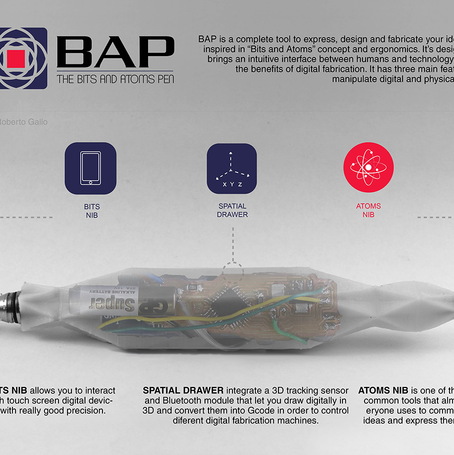 ** Images are actual projects being developed in 2018

Fab Labs and Fab City in the media

For more than 10 years Fab Labs have been promoting a new industrial revolution, based on open source collaboration, distributed innovation and circular economy principles.

“In a new book, Designing Reality, Gershenfeld and his brothers Joel (a social policy and management professor) and Alan (a videogame executive) note that in the short runâ€”the next decadeâ€”we’d see a Kinkoâ€™s-like situation, with local shops helping people make specialized objects. Twenty years out, fabbing could lead to customized goods with fabricators owned by neighbors, say. â€œMass production may not disappear,â€ Alan tells me, â€œbut it may no longer be the heartbeat of the economy.â€ Big firms might shift to selling designs and cool, raw materials.”

“â€œIkea owns a big property company and is now moving into residential development,â€ she says of Space10â€™s research. â€œWe have a big opportunity to actually realize this project within the foreseeable future.â€ (Watch out WeWork). The studioâ€™s fab city plan - a collaboration with Fab Lab Barcelona and TomÃ¡s Diez (one of the pioneers of the â€˜fab labâ€™) - is also helping turn Poblenou, an area in Barcelona thatâ€™s home to a number of â€˜makerspaces,â€™ into â€˜the first fab city of the worldâ€™.”

“The Fab City Global Initiative shows how cities, working in concert with local communities and global business partners, can blueprint the next generation of nimble and reactive public service solutions; provide residents with the skillset to succeed in the Fourth Industrial Revolution; attract business clusters to improve competitiveness and build urban resilience; and, in time, reduce environmental footprints. In short, it offers an opportunity to get in on the ground floor of the movement thatâ€™s spearheading the shift to a circular economy. ”

The program is chaired by Tomas, Jani and Ohad.

Urban Designer and Technologist, Chair of Grow With Fab

Tomas Directs Fab Lab Barcelona at IAAC. He is running the Fab City Initiative worldwide, and has started a series of projects inside the Fab Lab Network: Smart Citizen or Fablabs.io, among other.

Jani is MSc (tech.) in electrical engineering 2014 and Fab Academy graduate 2015. He is founder and director of Fab Lab Oulu in University of Oulu. He has instructed Fab Academy for three years and all of his 17 students have passed the global evaluation. These are currently only students graduating in Finland. He is one of the first persons to get the Fab Academy accredited by university. He is a board member of technical piloting projects and acting member on digital fabrication and 3D-printing projects such as Futurena(to print human kidney) or Novidam (to print several new kind of objects of new materials). He is also university lecturer in digital fabrication.

He is the Head of innovation labs and CSR operation at at the 3D printing company Stratasys, Inc. at his previous position as the director for academic research he shaped and manage products, created the first global 3D printing curriculum that is implemented in universities worldwide and the first Certification for additive manufacturing. He is presently a lecturer at IDC Media School focused on tangible UX, UI with digital fabrication and programming. Ohad is also the CTO of IdeaHub that focus on learning by making by developing deep learning skills in China. Establish and run the Israeli FabLab network and an instructor since 2011 at the global Fab Academy Diploma course for Digital Fabrication where you can learn how to make almost anything. His research projects include exploring the relationship between digital fabrication, education and its social impact, and check how those new technologies can shape our daily life and the way we manufacture today. And the relation between personal fabrication and collective composition.

Prof. Neil Gershenfeld is the Director of MIT’s Center for Bits and Atoms. His unique laboratory is breaking down boundaries between the digital and physical worlds, from creating molecular quantum computers to virtuosic musical instruments. Technology from his lab has been seen and used in settings including New York’s Museum of Modern Art and rural Indian villages, the White House and the World Economic Forum, inner-city community centers and automobile safety systems, Las Vegas shows and Sami herds. He is the author of numerous technical publications, patents, and books including Fab, When Things Start To Think, The Nature of Mathematical Modeling, and The Physics of Information Technology, and has been featured in media such as The New York Times, The Economist, NPR, CNN, and PBS. He is a Fellow of the American Physical Society, has been named one of Scientific American’s 50 leaders in science and technology, as one of 40 Modern-Day Leonardos by the Museum of Science and Industry, one of Popular Mechanic’s 25 Makers, has been selected as a CNN/Time/Fortune Principal Voice, and by Prospect/Foreign Policy as one of the top 100 public intellectuals. Dr. Gershenfeld has a BA in Physics with High Honors from Swarthmore College, a Ph.D. in Applied Physics from Cornell University, honorary doctorates from Swarthmore College, Strathclyde University and the University of Antwerp, was a Junior Fellow of the Harvard University Society of Fellows, and a member of the research staff at Bell Labs.

The Next step after Academany

The Academany is launching an acceleration program, Grow With Fab. The purpose is to nurture the development of projects within the Fab Lab Network, and to increase the impact of Fab Labs in society. The Grow With Fab aims to offer a distributed development platform for innovators and researchers within the Fab Lab network, in collaboration with worldwide experts in different fields of knowledge and practice, who want to bring projects initiated in the different Academany programs to the next step. The Grow With Fab is aimed to have multiple exits, it could be considered as an incubation/acceleration (business), research (education) or development (social) process to increase the impact of projects from the Fab Lab community.

Target group is Fab Academy and other Academany graduates willing to continue research and development within the Fab Lab Network and expand the possibilities or make a business of their final projects. Also companies can provide the subject for digital fabrication expert and pay for the program. Program duration is 9 months. It consists of three terms: 1)Design and incubation, making of proof of concept 2)Business start-up and acceleration, how to make business, focusing the project and 3) Finalize and communicate, finalizing the product to market and learning how to write about it. The program aimes to have university overlay. It’s partners are for example Kickstarter and Seeed Studio. Beta year starts October 2018 and runs until June 2019. Program costs will be 15.000 USD or EUR (depending on location). During the pilot year only 1.000 USD or EUR is asked and the central costs are supported by fab foundation. Labs will facilitate access to the course in the pilot year. Students and labs are encouraged to work with potential sponsors to cover costs. Cost structure: An initial proposal is to cover central costs with 1⁄3 of the overall costs, local labs get 2⁄3 to run the program locally. Labs are willing to offer support to students for the pilot year Academany will bring an external body of experts in other fields of knowledge complementary to the work proposed by researchers.

This program is aimed to 1) Fab Academy, Bio Academy and Fabricademy graduates willing to continue research and development within the Fab Lab Network. 2) Bachelor’s or higher degree in any design, or engineering degree with Digital Fabrication and/or programming experience. 3) Professionals with ITC, Biology, Engineering, Design, among other application interests. Apply here: https://form.jotformeu.com/FabAcademy/diploma-thesis-2019

Year one pilot in Fab Labs

The Grow With Fab first year pilot will be a 9 month experimentation program, and will be launched in October 2018. The program is open for labs and students to apply. The list of participating Labs will be updated. If the lab is not yet in the list, the student should contact the lab first. If the student can’t find a lab, please contact us. List of the labs:

Details on the pilot year

Labs need to make sure that they:

What will be asked from students:

Schedule for the pilot year:

What Grow With Fab program offers to labs and students:

Grow With Fab projects will be reviewed by the evaluation team, which will be formed by, student’s advisor, Academany scientific committee members and invited guest jury. Projects will be validated locally, and should be well documented through the online platform at the Fab Academy archive. Projects will then be taken further by the scientific committee, taking in consideration distribution and commercialization strategies. Commercial exploitation of projects will be agreed on a case by case basis. During the pilot year a framework will be developed together with tutors and researchers, which will apply for further editions of the Grow With Fab program.

Official partners of Grow With Fab